Becoming a more self-aware writer, and why it matters. 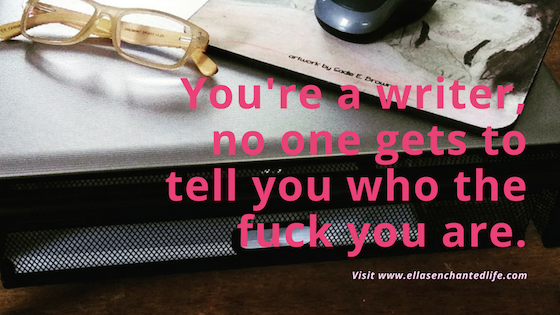 There comes a time when you look into the mirror and you realize that what you see is all that you will ever be. And then you accept it. Or you kill yourself. Or you stop looking in mirrors.
― Tennessee Williams

You ever get that feeling? You know the one where your skin feels like maybe it's a couple sizes too small for your body? That feeling of being pulled in too many different directions by too many different people.  Yeah, that's the one I'm talking about.  I normally don't experience that feeling often, but every now and again I meet someone who believes they know me better than I know myself.  Someone who truly believes they can tell me who the fuck I am... really? 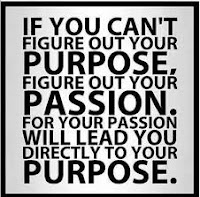 The moment I decided to pursue my purpose, and become a full-time romance writer... everybody and their mama had something to tell me about myself.  People I hadn't spoken with in years wanted to tell me who I was and why what I was doing was so out of character for me. In the beginning, I almost choked on the lies people who knew me but didn't really know me. They knew a version of me; the version I allowed them to see.  They knew the role I played when I was around them, but me?  No, most of them never bothered to get to know the whole me.
I won't lie, it hurt. A lot. But in the end, I'm grateful to them for coming out of the box and trying to chip away at my true self.  It allowed me to show them who the fuck I really was. It felt great! Really great!
There are several roles most women fall into.  Some we choose and others we don't. Some of the roles I auditioned for and fought tooth and nail to hold on to.  Each of the parts more detrimental to my sense of self than the next, but when you're busy building a life; you forget about the scraps that get discarded in the process.
I was reading this article on MadameNoire about the multiple roles women play on a daily basis and found myself shaking my head and experiencing that too-tight skin feeling again.  The article listed and defined each role and as I continued to flip through each of them, I realized how much each of them cost me.  You know, just how much of my real self was thrown into the scrap pile to build a life I wasn't even sure I was meant to live. 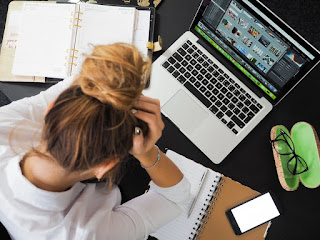 As I pursued my writing career, I realized some of the roles I'd accepted and even pushed to play, were no longer in my best interest.  I had to stand in front of the mirror and take a long, hard look at myself and determine just who the fuck I wanted to be.  Not for my marriage.  Not for my children.  Not for my extended family.  Not for friends and former colleagues. But for me.  Who did Ella Shawn want to be? 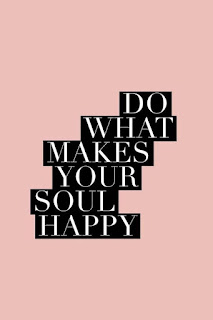 I instinctively knew the answer to that question would determine the trajectory of my life as a romance writer.  Don't get me wrong, I was amazing at being 'The Mother of all Things'. I even have a t-shirt that says so, but the space between who I am and how I was living was several hundred football fields.  I may be exaggerating, slightly.  But honestly, I lived a very safe life.  Didn't take many risks.  Wasn't assertive in my personal life.  Allowed life to happen around me.
Nothing about the role I played would've been able to write the contemporary, erotic romance novels I write. Nothing about the role I played would've been able to own the intense sexual nature of her spirituality. Nothing of that woman who lived inside the lines would know the first thing about expressing herself as a divine, sexual creature.  That role was for the woman who allowed everyone else to tell her who she was.
"Ella, you're so sweet and kind.  You'd be a great teacher."  "Ell, you ever thought about mentoring young girls?  You have so much to offer." "Mommy, I don't know what to do.  Can you come up with something for me, please?"  "Hey babe, I had a really crazy day.  I feel off--tell me something, anything to make me feel better."  "Oh my God! I love your haircut, did you do it to be trendy?" 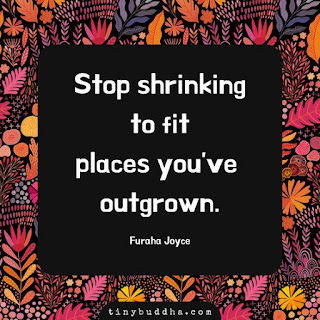 It wasn't easy digging through the scrap pile to find the best parts of me. The part of me who knew self-care I discarded to nurture others. The part of me who understood a productive mind didn't multi-task, it mono-tasked and got the job done. I pulled from the throw-away bin, my sense of self-love and acceptance.  Digging a little deeper, I found my long-lost passion for new experiences. At the bottom of the trash was my most important part; my unbridled sexuality.
the importance of
Self-care, mono-tasking, self-love, acceptance, passion, and sexuality; these are the parts I cast aside because I let other people tell me who I was.  Who I needed to be.  I believed they knew me better than I knew myself.  The day I decided to follow my own heart, my own mind, my own Enchanted Beast was the day I became aware of who I was and who
I was not.
I am whoever I say I am.  Nobody gets to tell me who the fuck I am and guess what?  The same goes for you, too.

Remember, writing is a journey and sometimes the Universe sprinkles her enchantments along your path.  Be sure to stay present, I'd hate for you to miss on the enchanted moment of your life.  Until next time; be brave, be beautiful, and be enchanting.