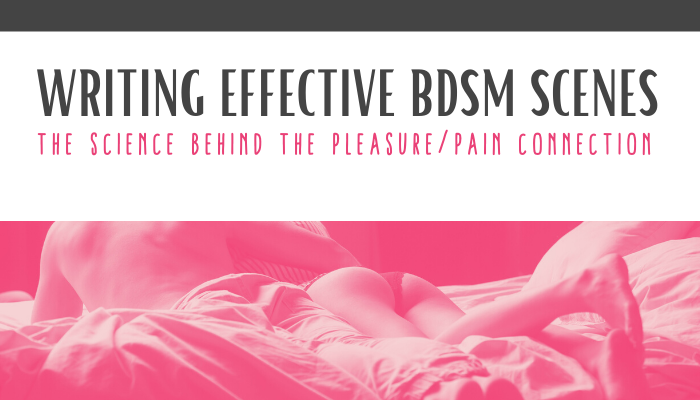 
What does it mean to be in a state of bliss, anyway? According to Sean Meshorer, Huff Post contributor and his spiritual teacher, bliss is "a transcendental state of superior calm including within itself the consciousness of great expansion and that of 'all in One and One in all.'"  Okayyyyy? If that means something to you, please explain it to me in the comment section, thanks 😕.

Webster defines bliss as a state of complete happiness. Hmmm. Okay, but who defines what complete happiness is? I feel like Alice slipping deeper and deeper into the 🐇 hole... somebody come help me before I lose my head.

When in doubt, turn to science. Where do we experience every emotion? No... not the heart, silly. The brain! We experience all emotions in our brains. This means, for us romance writers, bliss is a mental state that we often associate with physical orgasms. There has to be a reason we use this word so much to describe the post-coitus emotional state, right?

So, who the hell cares where we feel what we feel? And what does it have to do with writing the perfect post-orgasmic scene?
I'm glad you asked; although, there was no need to be so rude 😒.

Romance readers associate happiness with feelings of pleasure or bliss; when in reality, one need not be happy to experience pleasurable feelings. Discussed in my treacherous body syndrome post. Anyway. Understanding the science behind achieving a state of bliss after an orgasm, will only make the scene more believable. And... you may help your readers learn to achieve their own state of post-coitus bliss 😈.

The Three Gatekeepers of Pleasure 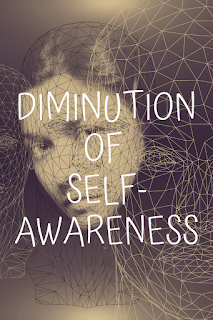 Let's say your characters are overly aware of themselves. You know the ones who fixate on how they sound when they're turned on, what their sex face may look like, did they remember to shave their legs and pits... Self-awareness is the most critical part of our conscious selves. The part that notices every wrinkle, fat roll, pimple, weird smell--the stuff other people won't even be paying attention to.  If this is your character, and let's face it. It's every character in a romance novel. It's a part of their vulnerability and who doesn't love a vulnerable character. Especially if he's some gorgeous, brooding, sexy as hell alpha male. Can we say perfect book-boyfriend?
Apparently, being aware of every flaw, real or perceived, is not the way to achieving post-orgasmic bliss. Or even to achieve an orgasm. When writing the sexy-time scenes, be sure to take your characters out of their heads. Foreplay is the perfect place for this to happen. Yes, give the readers a little insecurity and self-flagellation, but then make the foreplay so hot and steamy, neither the characters or the readers will remember to be self-conscious about that mole on the inside of her thigh. 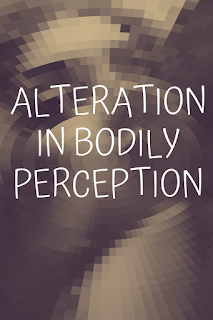 When was the last time you lost awareness of how physically limited your body was? Say you go for a run and hit the wall. Hard. Then you somehow find the strength and will-power to push through and continue the run. Endorphins and dopamine are released and you experience some kind of euphoria. Your body feels as if it can do anything. There are no limits to what it can experience and/or make happen. Achieving this state is imperative to feel pleasure or bliss. If characters place limits on their body's ability to perform, then they are sabotaging their chance to achieve post-coitus bliss. This is the perfect place in your writing to ratchet up intense stimulation. Mental, emotional, and definitely physical. Pushing each character beyond their own limits, forcing them to balance on the edge of pain, giving up, and exquisite mind-altering bliss. If writers skip this pivotal step in setting the scene, readers will wonder how in the hell did Suzie Heroine come so hard from some foreplay alone? It's hard enough for most romance readers to accept Suzie Heroine is coming on every time John Hero thrusts into her wet heat a few times; now you're going to skip over getting her so worked up, she forgets what her body is and isn't capable of achieving? No, I don't think you are. Suzie and John need to get each other so engrossed in one another; they have no idea where one stops and the other begins. They're breathing for each other. Working like a well-oiled machine. Fluid and rhythmic. Each believing as long as they are together, they will be able to conquer life, death, and the afterlife. 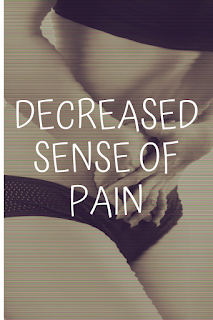 This is a no-brainer... or maybe it isn't. Romance novels are full of painfully-pleasurable sex. Is it possible to experience pain and pleasure from the same experience? I don't see why it's so difficult to believe in that possibility.

I go to the Good Life Cafe in downtown Columbia, SC and order a basket of buffalo cauliflower bites with extra spicy sauce. (I'm a vegetarian... feel free to replace this with your favorite spicy wings 😂.) I know the sauce is going to set fire to my mouth, but I also know how freaking awesome my cauliflower bites are going to be. I gladly endure the torture of the burn to get to the pleasure of eating those crunchy bites of yum. In fact, the burn makes the yum even better!

UPenn psychologist Paul Rozin says, “Benign masochism [deriving pleasure from painful experiences outside of sex]….requires some sort of cognitive over-ride...”  If benign masochism requires a cognitive over-ride, then is the same true in decreasing the sense of pain to find that blissed-out state after a hot and sweaty rump in the sheets? The key to figuring this puzzle out is the use of the word, sense. The third gatekeeper to experiencing bliss is a decreased sense of pain... not a decrease in pain. Mind over Matter and all that. How can this last piece of information be used to write the crazy, sexy, blow-their-heads-off orgasm leaving both Suzie and John in a state of unparalleled bliss?

This is usually the point in the writing of sexy-time scenes when things get a little rough. She's used to his substantial size, they're moving in syncopated rhythm, and each of them needs just a little something extra to get them over that ethereal edge... what can we give them, romance writers?

During sex, the brain is already flooding the body with oxytocin and endorphins. Both hormones reduce the sense of pain the body experiences. According to Beverly Whipple, a sexologist from Rutgers University, "...when women have an orgasm, pain tolerance threshold and pain detection threshold increases significantly, by up to 74.6 percent and 106.7 percent respectively."  Sooooooo... If a woman can tolerate more pain during orgasm and the detection threshold is higher... giving her more pain will release more oxytocin and endorphins and at the height of sexual release, everybody gets a large dose of dopamine... the pleasure or reward hormone.

This is the cognitive over-ride thing Paul Rozen is talking about. The brain tricks the body into experiencing pleasure because hormones have decreased the sense of pain... What goes up, must come down. The bigger the orgasm, the more neurochemicals floating around the bloodstream, the more serotonin is required to bring the body back to status quo. This is the secret to achieving that post-coitus bliss we all love to write and read about.

Remember, writing is a journey, we all have to take our own path to get where we are going. Live one enchanted moment at a time. Until next time; be brave, be beautiful, and stay enchanting...