So, what if my heroine is mentally ill? 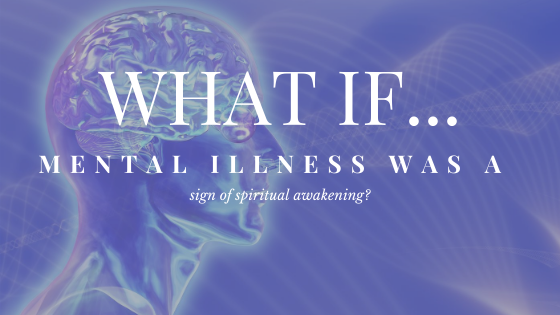 “I think a lot of psychopaths are just geniuses who drove so fast that they lost control.”

I am willing to bet everything I own and everything my future self will ever own that if you're reading this article, you know someone who has been diagnosed with a mental illness. If I'm wrong, leave me a comment below... I don't expect to see anything, but whatever.

According to Our World in Data, 792 million people in the world were dealing with some form of mental illness in 2017. They go on to break it down by specifics, but that number alone is staggering. Given current circumstances, I'm sure those numbers have increased dramatically.

What the hell does all of this have to do with writing romance novels, Ella?

Funnily, it was my obsession with understanding mental illness that led to the writing of the Broken Souls series. My mother was diagnosed with bipolar disorder at the age of 24, she gave birth to me when she was 25. Ergo, mental illness and I go back a long way. So far back, I don't remember a time when we didn't play together.
Growing up with a mentally ill parent influences many of the choices I make as a woman, mother, and writer. Especially as a writer. I'm compelled to speculate, research, and indulge my what if questions about mental illness through my writing. When I started writing Âmes Brisées (Broken Souls, Book 1), this one question wouldn't leave my head. What if mental illness was a sign of spiritual awakening? 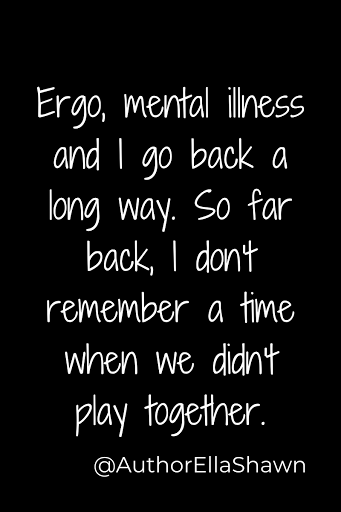 That question kept me up at night, googling and researching obscure shit on the net. But something about that question stuck with me enough to create a character who suffered with an undiagnosed mental illness and realized that through her submission to a sexual Dominant, she found a sense of normalcy.
I thought, "Lord, I can not write this. If anyone reads it, they will crucify me for fetishizing  people with mental illness." However, the story and the character would not let me go, and finally. Finally, I gave myself permission to jump through the looking glass and see where the white rabbit was taking me.
Here's the thing. I actually-kinda-sorta-maybe-in the back of mind want to believe that mental illness is a sign of spiritual awakening and human beings are just to limited (stupid) to understand what's really happening.
After committing myself to writing a romance that would attempt to answer my what if question, I dove head-first into my research. I won't bore you with all the information or the bullshit I discovered on my journey. Let's just say, my research started with mental illness and I somehow ended up with a digital copy of the Karma Sutra. 😂😕
Âmes Brisées was me pussyfooting my way into telling the story of a mentally ill woman who finds solace in the arms of a Dominant, as she continues to spiral out of control because of an undiagnosed mental illness. In this first book, Jonathan R. Ellis is the protagonist and hero. The entire novel is told from his perspective. I wanted to know more about the man who would help to deliver my heroine into her spiritual awakening. 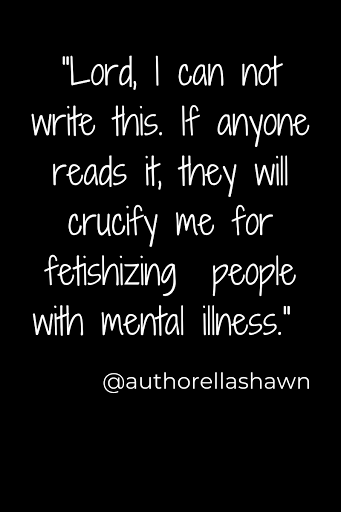 I'm a firm believer that when a woman is waking up spiritually, she has to have strong male energy present to ground all that feminine divine energy rising to the surface of her humanity... Side note, my mother didn't have that in her life. Maybe that's what she was off searching for when she left us for days and weeks at a time. Who the hell knows?
Anyway, I wanted to intimately get to know who her anchor was and how his sexual dominance would act as a tether between the lower and higher selves. The thing that keeps her from spinning out and losing her mind in the process of spiritual enlightenment.
He proved to be worthy of such task,  and he also proved to be a complete and profoundly sex-as-hell alpha-book-boyfriend! Winning 👿💥💋. It was interesting to write with the knowledge that my heroine was suffering with an undiagnosed mental illness. Neither she nor John were aware of what was going on with her. It also made it difficult to write her as a fully conceptualized character in Âmes Brisées without giving away her little secret. I saved that bad boy for the second book, Mirrored Souls (Âmes en Miroir; Broken Souls, Book 2). 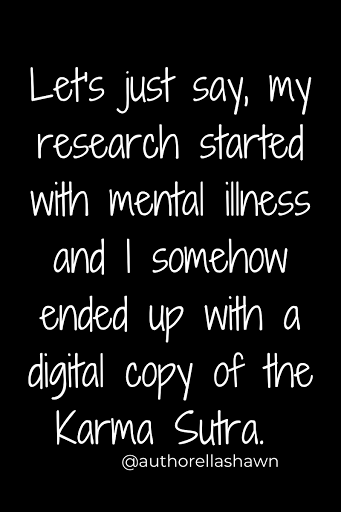 Mirrored Souls was scheduled for release on August 15; however, due to unforeseen circumstances, the second book in the Broken Souls series will be released on September 15, 2020. This book is narrated by Vivian A. Ellis. The heroine who suffered with an undiagnosed mental illness and realized that through her submission to a sexual Dominant, she found a sense of normalcy.
I'm not willing to give anything away, but I will share a brief reading from an undisclosed location in the book to give you a small teaser  on my podcast, 2500WordsorLess, just to whet your palate.
Stay tuned to my blog for up-to-date information about the release, my writing cottage, and all the other crazy in my enchanted life.
Remember, writing is a journey, we all have our own path to get where we're going. We can only live one moment at a time. Until next time; be brave, be beautiful, and stay enchanting.
Ella 📚💗
Labels: Behind the scenes mental illnesses Spirituality