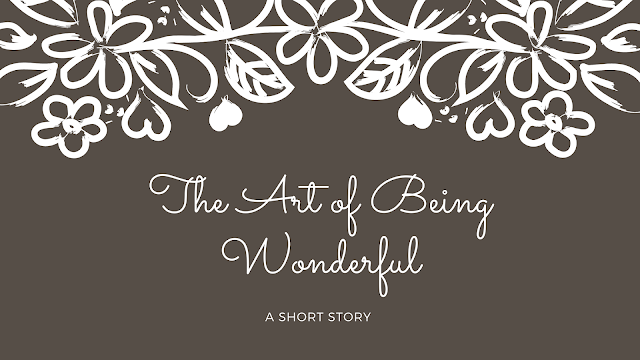 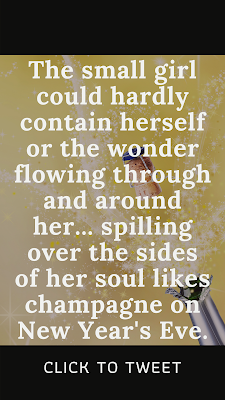 The small girl was bouncing in her chair, waiting her turn to share what she discovered on the new path she had taken. "Mother! Father! I am WONDERFUL." The small girl could hardly contain herself or the wonder flowing through and around her... spilling over the sides of her soul likes champagne on New Year's Eve. Her mother's eyes brimmed with tears of joy at her daughter's discovery and those tears flowed over her puffy lids because her son had yet to seek and find.

The small girl's father asked in an amused voice, "Why didn't you stay on the path we showed you, the one your brother obviously stayed on?" The even smaller boy puffed up his tiny chest with pride because he heard the condemnation in his father's voice and knew that he had done the right thing... the thing his father 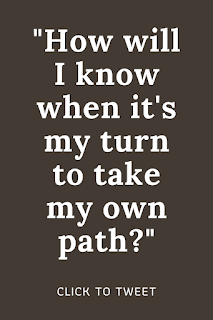 wanted him to do. The small girl continued to smile and vibrate with a new kind of energy, one that could not be dimmed or contained as she thought about her father's question. She could see he was getting impatient and tired of waiting so, she took a deep breath in, held it, and then exhaled--nice and slow. The same way she'd twirled and moved through the deeper part of the woods. When she was sure the answer she would give him was completely her own and not something she'd been told; she stepped in front of her father to look him in his eyes and shared these profound words with him.

"Father, the path you showed us is perfectly adequate for what you wanted us to experience on that particular walk in the woods. There are beautiful trees, forest animals, flowers, and all sorts of flying and creepy-crawling insects. I had taken the path you laid out for me many times and today, I needed to follow a path that was my own. A path that filled me with wonder... questions and yes, even a little doubt." Her father's forehead wrinkled like it did when he was ready to disagree with something someone else said or did. The small girl's mother placed her hand on the father's thigh and shook her head to quiet him. Giving her daughter the time and space to continue to share. 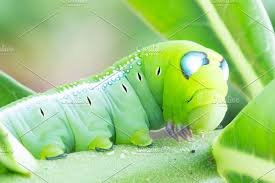 "The path I took today was completely unexpected. I didn't know what I would find as I meandered through the woods. I didn't think about if what I saw or heard or felt was right or wrong. Good or bad. I simply wanted to become a part of those woods. Let them become a part of me. I saw trees I'd never seen before, flowers in colors so bright and vibrant, they made me cry with joy. I let a caterpillar crawl over my fingers, it looked like the world's smallest snake. Large gold and black eyes on the top of it triangular shaped head. There was another one who could have a miniature Komodo dragon, if it wasn't going to become a moth in the summer." Her father stared at her, then looked in the disappointed face of the even smaller boy. He felt compelled to make his son feel better about staying on the path set for him by older, wiser adults. 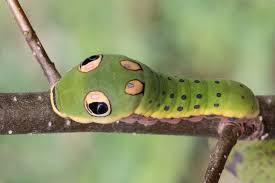 "Your brother may not have seen those things, but he knew what to expect. He was guaranteed to see the brown and gray caterpillars, and the green moss that grows in the shade in that part of the woods. Knowing what to expect and having guarantees is ten times better than taking a risk and walking into the unknown with only the possibility of seeing something beautiful or new." The mother removed her hand from the father's thigh; she did not agree with her husband, and she wanted to hear what the small girl would say in response.

" Father, in this life there are no guarantees and expecting to see or hear or feel or get anything is the reason why we're always so disappointed and upset. I didn't expect to see anything beautiful or new so when I did; it was an unexpected surprise. There wasn't any greater risk in taking the path I took than the one you set us on; however, the possibilities were infinite that I would encounter something beautiful and new. I looked at all the possibilities, and even the impossibilities as an opportunity to wonder. To ask questions of the woods, myself, and the Universe." Her father could only stare into the small girl's bright eyes, lit with the wonder of discovery and the conviction of choosing her own way, and finally he understood what had happened that day. 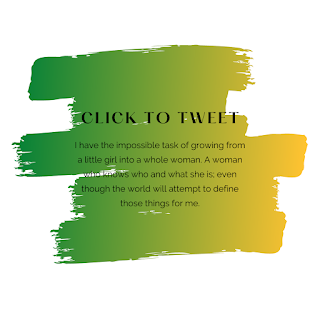 "I'm proud of you. You felt it was time to go your own way and you followed that voice inside that's there to guide you along your unique journey. The voice with all the childlike wonder whispering through extremely wise words. What was your greatest discovery today?"

"My greatest discovery today was that I am no different than those two beautiful caterpillars I saw in the woods. We all have the impossible task of surviving in a world that isn't kind or understanding to soft, vulnerable things. So, we take the opportunity to assume the face or characteristics of things that are hard and dangerous in an effort to become what and who we truly are designed to be.

"I have the impossible task of growing from a little girl into a whole woman. A woman who knows who and what she is; even though the world will attempt to define those things for me." Her mother was smiling from ear to ear. Knowing she had done her job as a guide to this enchanted warrior soul she'd brought into being. The even smaller boy stepped away from the table and approached the small girl. His eyes full of wonder.

"How will I know when it's my turn to take my own path?"

"I don't know but what I do know is that if you start to trust yourself... your ideas, thoughts, wants... you're already starting down your own path." The even smaller boy looked up into the small girl's face and nodded his head before walking away. The small girl turned to her parents and smiled before heading off to her room, but not before speaking softly. "Thanks mother and father for giving us the freedom to choose and explore. I love you through infinity."

To listen to the episodes on Enchanted BEAST Podcast that inspired this Short Story, use the links.